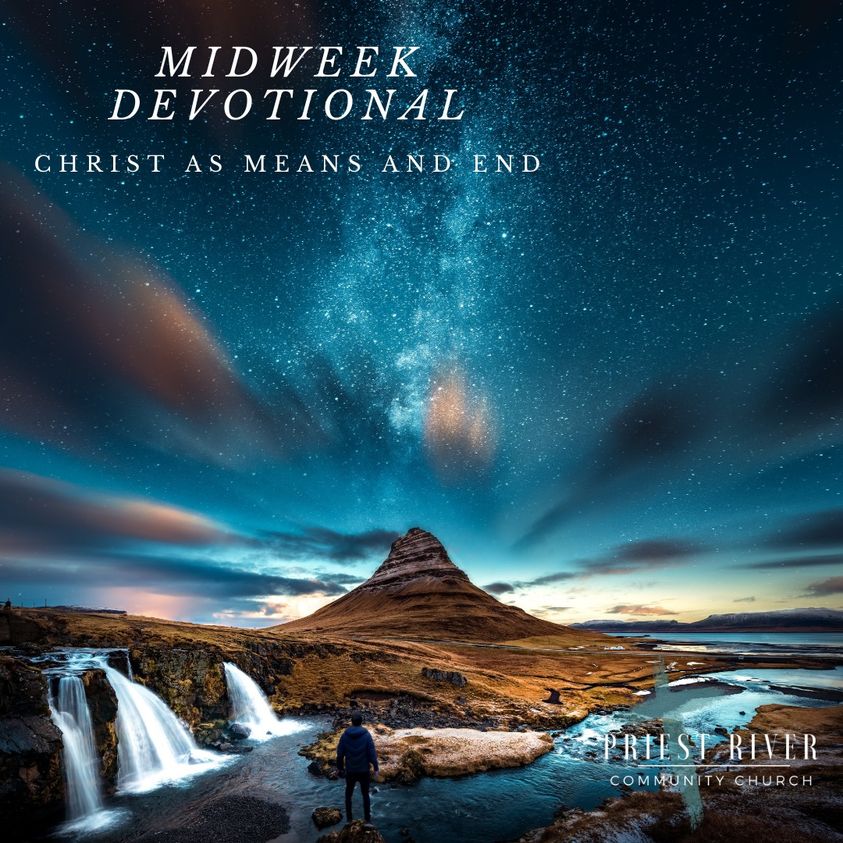 Christ as Means and End

“I have been crucified with Christ. It is no longer I who live, but Christ who lives in me. And the life I now live in the flesh I live by faith in the Son of God, who loved me and gave Himself for me.” Galatians 2:20

Why did God create the universe? And why is He governing it the way He is? What is God achieving? Is Jesus Christ a means to this achievement or the end of the achievement?

Jesus Christ is the supreme revelation of God. He is God in human form. As such, He is the end, not a means.

The manifestation of the glory of God is the meaning of the universe. This is what God is achieving. The heavens, and the history of the world, are “telling the glory of God.”

But Jesus Christ was sent to accomplish something that needed doing. He came to remedy the fall. He came to rescue sinners from inevitable destruction because of their sin. These rescued ones will see and Savor and display the glory of God with everlasting joy.

Others will continue to heap scorn on the glory of God. So, Jesus Christ is the means to what God meant to achieve in the manifestation of His glory for the enjoyment of His people. No one would see and savor and celebrate the glory of God apart from the saving work of Christ. The aim of the universe would abort. So, Christ is a means.But in that accomplishment on the cross, as He died for sinners, Christ revealed the love and righteousness of the Father supremely. This was the apex of the revelation of the glory of God — the glory of His grace.

Therefore, in the very moment of His perfect act as the means of God’s purpose, Jesus became the end of that purpose. He became, in His dying in the place of sinners and His resurrection for their life, the central and supreme revelation of the glory of God.Christ crucified is therefore both the means and the end of God’s purpose in the universe.

Without his work, that end — to reveal the fullness of the glory of God for the enjoyment of God’s people — would not have happened.

And in that very means-work He became the end — the one who forever and ever will be the focus of our worship as we spend eternity seeing and savoring more and more of what He revealed of God when He became a curse for us.

Jesus is the end for which the universe was made, and the means that makes that end possible to enjoy by justified sinners.