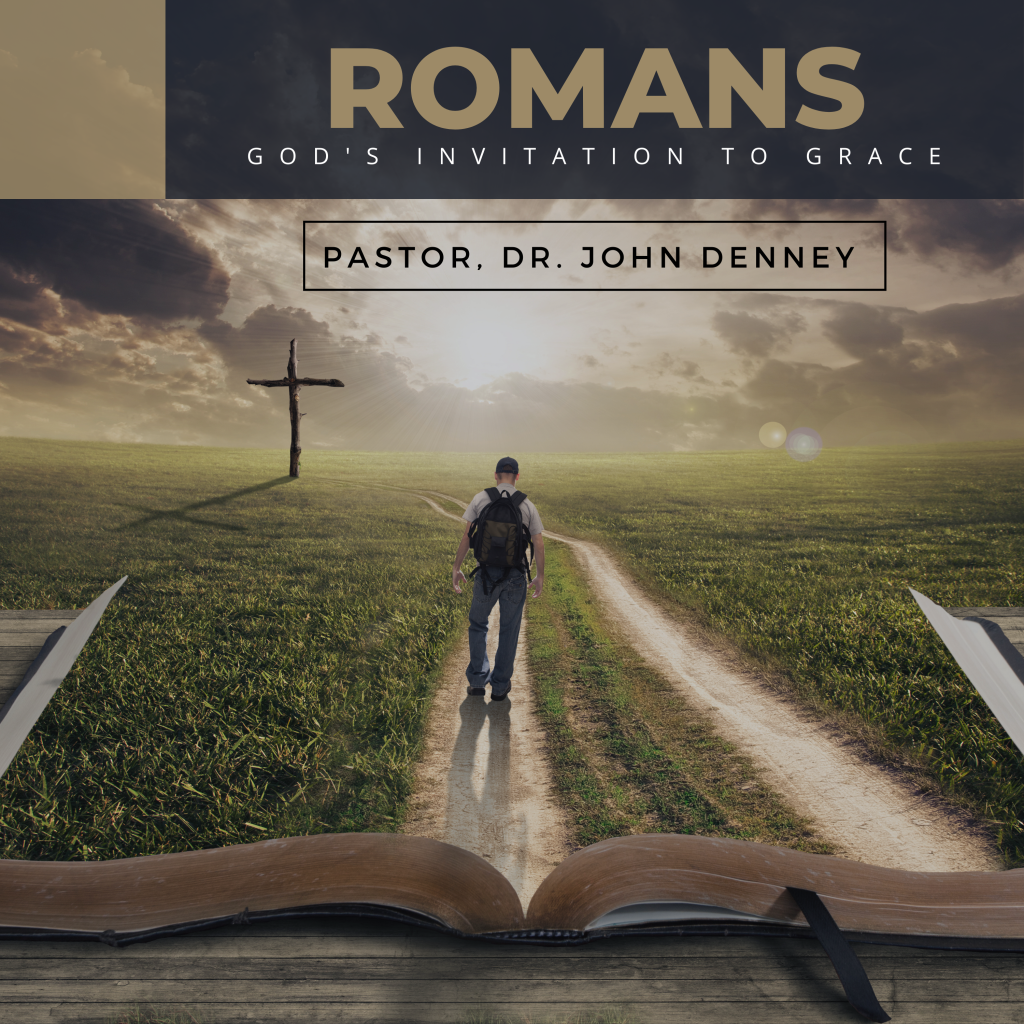 More than a hundred years ago British newspaper, The Times, invited various writers to answer the universally plaguing question: What is wrong with the world?  They didn’t have to wait long for an answer.  Well-known writer, thinker, and theologian G. K. Chesterton gave this short and stunning reply to the newspaper’s question: What is wrong with the world?  Chesterton wrote, Dear Sirs, I am. Sincerely yours, G. K. Chesterton.  I could not help but smile when I read this. Remarkable, isn’t it? That’s not the answer you’ll hear from most of the world. Many point their finger at various diagnoses such as poverty, or racism, or some such similar ailment.  But these are merely symptomatic of a much deeper problem.

The Bible offers an even shorter answer to Chesterton’s two-word answer for what is wrong in the world – sin. Therefore, just as through one man sin entered into the world, and death through sin, and so death spread to all men, because all sinned (Romans 5:12). Sin came into the world through Adam and the result of sin is death, and that death spread to all of us.  The Bible says the problem with the world is sin in every human heart.  Did you ever notice right in the middle of the word sin is an “i”? Chesterton was right on the mark. American evangelist Dwight L. Moody made a similar transparent comment, I’ve never met a man who has given me so much trouble as myself.The eloquent preacher Charles Haddon Spurgeon from the nineteenth century said, Sin is the mother and nurse of all evil, the egg of all mischief, the fountain of bitterness, the root of all misery. Here you have the distilled essence of hell, the quintessence, as the old theologians would say, of everything that is unlovely, disreputable, dishonest, impure, abominable – in a word – damnable.  The problem with the world is sin, the root of all misery…the distilled essence of hell, is in every human heart.

Last week was saw that this sin has rightly incurred the wrath of God – His settled eternal  hostility toward all sin. Mankind is completely ruined in sin and the only perfect remedy is faith in Christ who bore God’s full wrath against our full sin on the cross.  The only hope against God’s wrath is our being made right with God through our faith in Jesus Christ. This is the great message of Romans – we are justified by faith alone. Therefore, having been justified by faith, we have peace with God through our Lord Jesus Christ(Romans 5:1).

As believers God’s wrath is an attribute of which we should thank and praise Him for.  It is because God is a God of wrath that we know He will not tolerate evil.  His protective love for His own will not allow it. One day He will right all wrongs.  In fact, He has promised He will do just that. It is called the Great White Throne of Judgment when God will render final and ultimate judgment against all evil (Rev. 20:11).  And then, God will create a new Heaven and a new Earth; one in which there will be no more sin and death. He will wipe away every tear from their eyes; and there will no longer be any death; there will no longer be any mourning, or crying, or pain; the first things have passed away(Revelation 21:4). Because God is a God of love, He is also a God of justice, and we praise Him for it!

Last week Paul told us in Romans 1:18 that God’s just wrath is being revealed from Heaven.  But he is hardly finished with telling us about God’s wrath.  In the following verses Paul is going to spell out the reasons for God’s wrath.  Paul paints the most blistering, depressing, and complete diagnosis of human depravity seen in the Bible.  Romans 1:18-32 is in the words of one commentator, depravity on parade.  Read Romans 1:18-23. It’s pretty clear from this passage the Bible does not teach evolution (man is getting better and better), but devolution (man is getting worse and worse).  Sometime ago my wife had a discussion with a man who believed the world is getting better and better.  I’d like to know which world he’s talking about because it sure isn’t ours!   Three Reasons for God’s Wrath. There are three: We have repressed, rejected, and replaced God.

Whenever a society disregards God, it will disregard the value and dignity of their fellow human being as well.  We were made in the image of God who is the source of our value and dignity (Genesis 1:26-27).  That’s why God is angry at sin.  Sin destroys life.  It harms and deforms whatever it touches.  God made a perfect world (Gen. 1:31), yet when He sees it being poisoned by evil, murder, child abuse, domestic violence, kidnapping, sex-trafficking, slander, prejudice, injustice – He gets very angry.  If He didn’t, He would not be God.

The difference between God’s wrath and ours is God’s is perfect.  He doesn’t blow His stack in an indiscriminate uncontrolled rage.  He doesn’t explode into a divine temper tantrum throwing things around, breaking windows, smashing things. God’s anger is not impulsive. It is always controlled, sustained, flawless, and just.

When Paul says men suppress the truth, he’s saying we in effect we have turned our backs on God.  This explains why the Bible and prayer were removed from the classroom, why the Ten Commandments have been removed from the courtroom, why Bible studies are frowned upon even forbidden in public places.  We want to push God out.

Biology professor of Harvard University and Nobel Prize winner in 1971, George Wald wrote, When it comes to the origin of life, we have only two possibilities as to how life arose.  One is spontaneous generation arising to evolution; the other is a supernatural creative act of God.  There is no third possibility.  Spontaneous generation was scientifically disproven over a hundred years ago by Louis Pasteur, Spellanzani, Reddy, and others.  That leads us scientifically to the only possible conclusion – that life arose as a supernatural creative act of God… I will not accept that philosophically because I do not want to believe in God.  Therefore I chose to believe in that which I know is scientifically impossible, spontaneous generation arising to evolution.   Why is God angry? We have repressed the truth of Who He is. We have tried to delete Him from our lives.

How are God’s invisible attributes, His eternal power, and divine nature clearly seen? You don’t need to look far to see the fingerprints of God in His creation.  When was the last time you looked up at the stars on a clear night? David wrote, The heaven’s proclaim the glory of God.  The skies display His craftmanship.  Day after day they continue to speak; night after night they make Him known.  They speak without a sound or word; their voice is never heard(Psalm 19:1-3, NLT).  We’ve all heard the stars speak in our hearts.  Their voice is inaudible yet undeniable.

Think about the world we live in for a moment.  The temperature on the surface of the Sun is 12,000 degrees Fahrenheit.  It is just the right distance from the Earth at 93 billion miles.  If were any hotter or any cooler, life on Earth would cease to exist. Is that by chance? Here’s another: The Earth is 25,000 miles in circumference, weighing some 6 septillion, 588 sextillion tons and hangs mysteriously in space supported by invisible means.  The Earth spins 1,000 miles per hour with absolute precision and careens through space around the Sun at 1,000 miles per minute in an orbit of 580 million miles long.  The Earth itself rotates on a perfect axis of 23 degrees – never slipping one way or the other.  If it did, all of the oceans would instantly bunch up on one end of the Earth or the other creating a tsunami wave of mass destruction and death (Morris, Institute For Creation Research). Is that all by chance? The U S Natural Museum has determined there are at least 10 million varieties of insects including some 2,500 kinds of ants.  Did all of that happen by chance? The truth of God’s inspired Word penetrates deep in our heart and soul, For since the creation of the world His invisible attributes, His eternal power and divine nature, have been clearly seen, being understood through what has been made, so that they are without excuse.

What is mindboggling about all of this is man deliberately chooses to take in all of creation and say, “Naw, there is no God.”  That’s like looking up at Michael Angelo’s Sistine Chapel which he labored with painstaking precision on his back inches from the ceiling to paint the amazing story of creation and say – “Nope, don’t believe an artist did it. It just happened.”  Someone has observed who ever says something like that has a mind of concrete – thoroughly mixed up and permanently set! Paul says, For even though they knew God, they did not honor Him as God or give thanks, but theybecame futile in their speculations, and their foolish heart was darkened. When you begin with false premise you’ll always arrive at false conclusion. Why is God angry? We have rejected Him.

Why is worship so important to God? Because whatever you worship, that is what you will become like.  When we worship foolish things, objects unworthy of our worship, we in turn become fools. History museums are full of statues people through the ages have worshiped. But if we think idol worship is a thing of the past, we’d better think again.  Idol worship is as alive and well today as it was thousands of years ago.  The Zondervan Pictorial Encyclopedia of the Bible lists some of the better known gods of the Mesopotamian pantheon of the ancient world: Ishtar – goddess of love; Nabu – the patron of science and learning; Nergal – the god of war and hunting.  Today,writes Stuart Briscoe, we sit in Ishtar’s cinema, study in Nabu’s University, and yet our heads off in Nergal’s stadium – modern places and attitudes of worship(Briscoe, p. 47).  An idol is anything we set between ourselves and God.  We create idols in order to get what we want.  You can’t replace God.  Only God will satisfy.  Jesus said, I am the bread of life; he who comes to Me will not hunger, and he who believes in Me will never thirst (John 6:35). Therefore He is able also to save forever those who draw near to God through Him (Hebrews 7:25). Why is God angry? We have repressed Him, rejected Him, and replaced Him.  But in His wounded grace He offers us forgiveness through His Son. Therefore, having been justified by faith, we have peace with God through our Lord Jesus Christ (Romans 5:1).